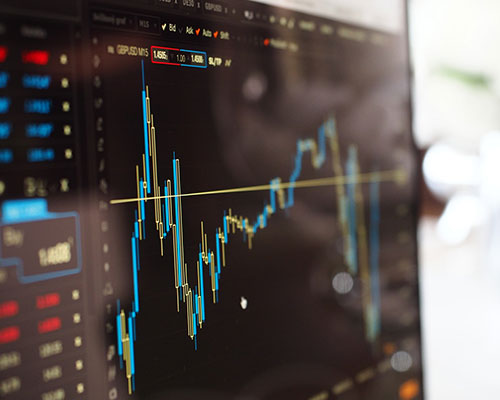 Over the last two and one half years, we’ve experienced a fair amount of volatility. In 2017, equity returns were around twenty percent. During the first quarter of 2018, U. S. equity markets gained an additional five percent or so. Then they lost all that and an additional approximately ten percent, making 2018 one of the worst years in since the crash. In the first four months of 2019 most of 2018’s losses were regained. That’s certainly above average volatility. However, “The Uncommon Average” demonstrates that year-to-year volatility is more the norm than the exception.

When talking about investing we often use the term “average annual return.” It’s a useful and easy term to reference. The problem is that it is so often used that many people lose sight of the meaning of it. They envision a much tighter range of annual returns than actual. Say we reference a six percent average annual return. Their thinking in terms of maybe one percent as the low and twelve percent as the high when in fact, the actual annual returns can have a much greater range and still average to six percent. When talking about average annual return, I try to use other terms of central tendency such as mean, median or mode. This is in an effort to make people pause and give some thought to what exactly it is we are discussing. I like the exhibit 1 graph in the attached, “The Uncommon Average.” It does a good job of showing the reality of how disperse stock market annual returns are. 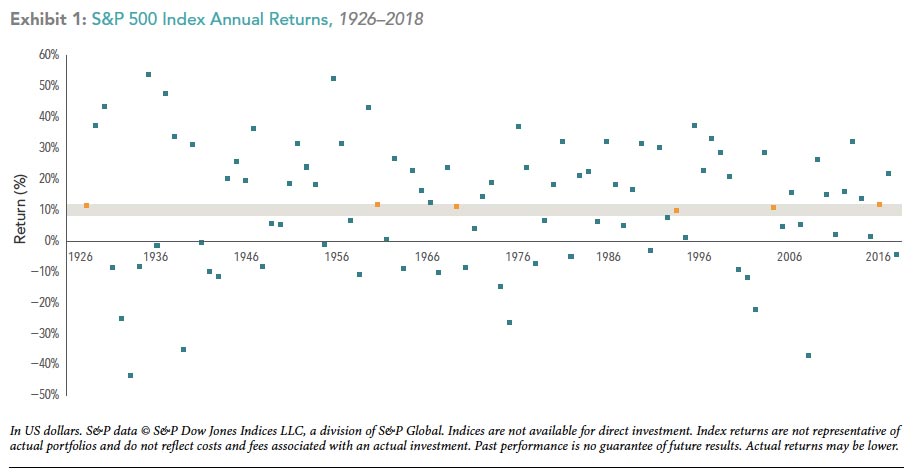 Capturing equity-like returns can do wonderful things in growing your wealth. However, in order to double, triple or quadruple your wealth over a decade or two, we must tolerate significant swings in value along the way. Exhibit 2 demonstrates how important it is to think in terms of five to ten-year time frames. What happens in any given year is of interest. However, growth over ten years or more is what is really important to us.